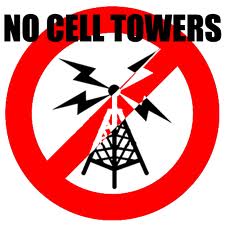 What began as an effort by residents who reside near Pinole Valley Park to stop the City from leasing park property to Verizon to build a cell tower has evolved into a much bigger issue with what may be long term ramifications.
The Pinole City Council has placed the Cell Tower, Station 74 and the California State Parks and Recreation Grant issues on the agenda for Tuesday, October 1.
At this point the City as well as the State are in the process of researching the deed restrictions and the processes used to convert Parkland.
Meeting starts at 7 pm, 2131 Pear Street. Tuesday, October 1, 2013.
Agenda Here

The following is an excerpt from the Staff Report on Agenda Item 10A:

Background
“The City of Pinole processed and approved a Conditional Use Permit and a lease with Verizon Wireless for the lease of approximately 1,000 square feet of park space located in Pinole Valley Park. During the various discussions regarding the lease, numerous citizens expressed their concerns for the location of the cell tower, health issues related to radio frequency levels, and whether or not there were restriction on the park land. On August 29, 2013, Staff received a phone call from a State’s Park representative that the City had applied for a grant for the purchase of the Sobrante Ridge property (no known as Pinole Valley Park), and that there were restrictions on the allowed use of the property.
Staff was directed to investigate the facts and to confirm whether or not this was true. On September 19, 2013 Staff met with representatives from the California State Parks Department in order to determine the facts surrounding the issue of the park property being purchased with State and Federal Park grant funds and whether or not there were restrictions on the property that would disallow the cell tower to be located on park property.

Review and Analysis
As part of the City’s due diligence, Staff began pulling all records that the City maintained and found the following;
Grant Deed for the purchase of the Sobrante Ridge Property was filed on October 2, 1978
City Resolutions #1249, dated September 7, 1976, authorized the submittal of grant applications to purchase and develop the park. No resolution was discovered whereby the City received or accepted a grant for the purchase of the property.
Various maps of the parcel were reviewed.

During the meeting with the State, the State Parks Department provided us with additional background information and limited documents which we are reviewing now. We will present the information obtained and discovered at a public meeting to be scheduled in the near future.

For this initial report we have two issues to present. Information impacting the location of the cell tower and its lease, secondly, impact to Fire Station 74 which is also located within the park boundaries.

Use of the Park land
The basic issue is that Pinole Valley Park was purchased with State/Federal grant monies (1978) and at the time, according to State Park Representative there was a condition to restrict the property to “outdoor recreational use”. There is no evidence on the recorded deed or title of Pinole Valley Park that reflects this grant condition. The City Attorney’s Office is reviewing the documents to determine whether the restriction applies.

For the Cell Tower
With the Verizon cell tower located within Pinole Valley Park, the State has opined that the use of a cell tower is not in conformance with parkland use. Specifically, the State considers the cell tower a commercial use which is not allowed within the park. Furthermore, they do not consider a cell tower as a utility.
The State has stated that the park is supposed to be used only for “outdoor recreational use.”

Fire Station 74
It has been confirmed throughout the years that Fire Station 74 is also located on Pinole Valley Park property. This was also confirmed by State representatives at our meeting. By definition, a fire station is not designated as an “outdoor recreational use” although it is a public safety building.
Staff has reviewed its files and has determined that the City did subdivide the parkland to create a legal parcel for the location of the Fire Station, did perform an environmental review, did submit the property documents to the State Clearinghouse but sis not communicate with the State Parks Department for Conversion of the property. The State has indicated that they do not have any application for conversion of the property where Fire Station 74 is located.

Conversion Process
According to the State Parks Department, the parkland property is restricted for “Public Outdoor Recreation” purpose in perpetuity.
However, the grant funding regulations provide an option called a “Conversion” process. The “conversion” allows an application to be submitted to the State and National Park Service which permits a land swap for the conversion of the portion of park land being used for purposes other than outdoor parks. The converted land must be a new “outdoor recreational use”, not use of an existing park or existing open space.
State Park representatives informed Staff that the City has to be the applicant in order to process a conversion and that the conversion process could take a minimum of 2-5 years to process and some have taken as long as ten years.

Cell Tower
In exchange for the 1,000 square feet of cell tower space usage, additional square feet of new  “outdoor recreational use” property would have to be purchased and dedicated as such. in addition, a new study would have to be conducted to determine the “view shed” which includes the visibility of the cell tower from all angles which may or may not add additional acreage that has to be mitigated under the conversion process. This study is done by an independent consultant, to be retained by the City of Pinole.

Fire Station 74
As previously mentioned, Fire Station 74 is also located within the park boundaries. Moreover, it appears, through review of City files, that the City followed the typical process to establish a parcel and construct a facility including preparing an environmental document and sending it to the various agencies. It appears the City, at the time of building Fire Station 74, did not go through a “conversion” process to mitigate use of the park land. The State representatives indicated that they have no information/record that the City applied for or was granted a conversion.

Staff will continue to research old City files to see if there is any indication that a conversion was applied for and approved by the State. We are specifically looking through redevelopment project files for Fire Station 74 since the facility was built during this time period.

Due to the limited documents from City and State files, Staff continues to look through internal files as well as State’s files performing its research. Without a complete list of documents from the State, Staff is researching the information received and will be developing a list of additional questions for the State. The City Attorney’s office also needs time to review the documents and answer several legal questions.”