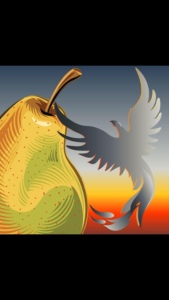 PSB – Rising from the Ashes

In October 2014, the Pear Street Bistro, was partially destroyed by a fire.
The Bistro or PSB, as locals know it, was a popular and bustling restaurant and bar located in the heart of Old Town Pinole.
It took 14 months, 14 very long months, for the Bistro to re-open its doors.
But, it re-open it did, on January 2, 2016, much to the delight of its many loyal customers.
PSB celebrated its five month anniversary on June 2, 2016.
I recently visited with Francisco “Paco” Flores the owner of PSB.

I asked, “what happened in October of 2014”?
Paco stated that the fire in October 2014 was caused by equipment malfunction.
I wondered why it had taken so long for the Bistro to re-open its doors.
Paco says that it took six months just to get the insurance company to begin the process.
In addition, all new permits had to be obtained since permits expired after 6 months, leading to more delays.
I wanted to know what had happened to the staff, many of whom loyal customers, such as I, had gotten to know.
Paco shared that the long wait made it impossible for all of the staff to return as they had begun work elsewhere. But that approximately 70% of the old staff did return, in spite of the fact that the restaurant was closed for over a year.

Paco has worked tirelessly with the help of others (Gary Wong) to ensure that the Bistro is not only as good as it was before the fire, but to give customers an enhanced experience.

So, I asked, “how has business been”?
Paco says business has been better than expected. There was some concern that customers had found other places to patronize, so the emphasis was on taking all the positives from before and adding even more to the PSB experience.

Ok, and for the bar patrons?
Happy Hour from 3-7 at the Bistro is always “the” place to be.
The atmosphere is fun, the drinks are good and reasonably priced and the food is definitely a cut above typical Happy Hour fare.

Paco told me about a recent visit from two, shall we say, silver-haired visitors from Walnut Creek, who had read a review in the Mercury News and decided to come and check it out.
The review they read touted the Chicken and Waffles, which they ordered, but it also mentioned the new signature drink, the Pear Bomb.
The Pear Bomb, is, well, a drink that is meant to be taken in one large dose, but the couple, unaware of that fact, gingerly sipped theirs.

PSB is attracting not only locals but folks from other Bay Area cities because of its unique atmosphere, good food and creative drinks.

And, new cocktails have been created by the bartenders.
The most popular cocktails are the Pear-tini and the Jack Daniels Single Barrel Old Fashioned.
Among the new cocktails is the Blood Orange Mojito.
In order to be as accurate and authentic as possible for this report, I had a Blood Orange Mojito, just for authenticity’s sake.
Ok, let me just say, don’t drink this on an empty stomach!
It was delicious.

The Bistro is available for special events and parties.
In keeping with its history of community support and involvement it is host to meetings held by the Pinole Rotary and the Lions Club.

They promote all the local teams and have been packed during the recent Sharks and Warriors playoff runs.

Paco is a high energy guy, and he can be seen working everyday of the week.
He is still making improvements. As an example he has reduced the noise level in the dining room by installing carpeting and is also decreasing the sound level in the bar area with carpeting on the floor and the walls.
He has recently added a new Order To Go service.

1 thought on “PSB – Rising From the Ashes”