Monday, September 26, 2016.
As promised, I am posting the video of the Final meeting of the Clay Investigation Subcommittee on September 15, when they accepted the VLS audit.

WCCUSD Articles in the Richmond Confidential

School board votes to accept controversial audit, police may investigate

Article in the East Bay Times

I have been more than a little busy lately, all good.
This post is meant to bring you up to date, from my perspective, on the year-long WCCUSD Forensic Audit and the Clay Investigation.
I will add more detail and links to videos of the most recent meetings as time allows.
But for today, while the events are fresh in my mind, I want to share these thoughts with you. 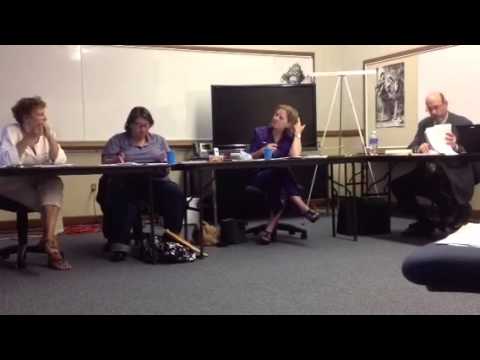 The Clay Investigation has concluded. It has been my honor to serve on the Clay Investigation subcommittee along with Trustees Block and Cuevas.
I was appointed to that subcommittee by the school board, not by position but by name.
The audit process took a year to complete. It was a process spurred by allegations made by district employee, Dennis Clay.
The allegations were serious, they alleged mismanagement of the $1.6 Billion Bond Program.
The forensic auditors (VLS) and the Clay committee attorney (James Kawahara), were all vetted through a lengthy process to assure their qualifications and their complete independence from the District.
The subcommittee recomended the final report be sent to the BOE, on September 15, 2016.
The Final Report was adopted last night, September 21, by the BOE by a vote of 4-1, Trustee Groves dissenting.

Over 100 recommendations were specified to reduce the areas of High, Medium and Low Risks identified in the audit process.
Many of the High Risk areas are centered around budgets. Budgets, the foundation of any financial framework, were apparently manipulated and made to fit costs, not the other way around, there was a glaring lack of cost and budget controls in place.
I am outraged at the inefficiencies and mismanagement reported in the audit.
You should be too.

Now we must rely on the elected leaders of the District and Superintendent Duffy to truly lead and implement all of the recommendations made in the audit.
If, the recommendations are fully implemented, then, and only then, can this District begin the slow process of restoring trust in the community.
Leaders must have the courage to lead, to be accountable and to admit that mistakes were made.
We expect our children to go to school to learn, t0 get better, to do better, to learn lessons from mistakes made.
We should expect no less from District leaders.

I have refrained from responding to the critics of the audit in this forum. But I now intend to speak freely and reply to those who loudly and insistently made some comments about me and the audit.
You said this was a useless audit? Really?
SGI has garnered over $90 Million dollars in fees from, us, from you!
SGI has double dipped, manipulated budgets and operated as if they were in charge. Actually they were, because the District gave them a contract with no termination date, and that contract offered the District no recourse for termination. No wonder SGI felt invincible.
SGI hindered the investigation and its scope. The Forensic auditors were denied access to information and interviews. This, in spite of having a “right to audit clause” in their contract.
We now know that this Bond Program has lacked some very essential elements.
There was an alarming lack of processes, procedures, documentation, follow-up, policies, oversight, budget and cost controls, just to name a few.
Would we have known any of this were it not for this audit?
How much of our tax payer dollars were spent inappropriately as budgets were manipulated and made to fit costs, not the other way around?
The cost to our District and our schools is undetermined but real.
How many ineffective and inefficient practices have allowed funds to be siphoned off leaving us now with a mere pittance of $200 Million for 21 schools after spending not only $1.6 Billion dollars in voter approved bonds but also using state funds and developer fees?
You called this audit a Sham.
No, the sham was what the communities who entrusted their leaders with the Bond Program were subjected to.
There are 21 schools still in need of rebuilding, repair or modernization. The cost for the completion of the work, in my estimation, will be at minimum $1 Billion.

I care not about the politics, I care for the children and their education.
I have spent the last three years arm wrestling with the School District to provide me and the CBOC with information and answers.
I did not want to believe that the Bond Program was in such trouble, but I did my due diligence.  Now after 6 years of hearing  rumors and whispers, some of them told to me secretly by staff and now former staff, It is apparent that they were, sadly, true.

And as for the comment made on this FB page, that, I, Ivette Ricco, drank the Kool-Aid, that is like being called silly by the Three Stooges.
I am totally independent. I am not a candidate, I am not seeking to garner votes nor am I protecting alliances or self interests, I am not pro or anti Charter schools.

I am a product of the NYC public school system. I grew up in the South Bronx.
My parents left their homes in Puerto Rico as young adults and raised four daughters on one salary, in a two bedroom apartment.
School, for me, was a sanctuary.

I believe in public education and I believe every child is entitled to receive the best education this nation can offer.

This audit is a sad statement on the failure of the District and its leaders to rein in the contracts and contractors.
It is the proverbial tail wagging the dog scenario.
And, for the record, Kool-Aid, is not my drink of choice.

1 thought on “The WCCUSD Audit, My Thoughts”